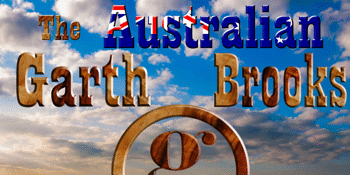 NightQuarter - Sunshine Coast (Birtinya, QLD)
Saturday, 8 May 2021 4:00 PM
19 days away
All Ages (minors must be accompanied by Guardian)
Music
Country
Send this event to

With an amazing tally of 138 million units sold Garth Brooks is the second highest selling artist in history, having been beaten only by the Beatles (176 million). We felt it fitting that an artist of this calibre should be represented in Australia to service his massive fan base and continue the legacy of his work.

The band was put together in mid 2016, and after 15 months carefully hand picking the musicians, crew, staging and material we are very proud to announce the arrival of the only “full production” Garth Brooks tribute show in Australia.

While choosing musicians for the band, we were very careful to select artists not only capable in their playing ability, but who would also pay due respect to the material in the show. The result is a group of talented, professional musicians with more than 130 years combined experience on stage.

To select material for the show (there is so much fantastic Garth material to choose from) we earmarked approximately 30 of Garth's biggest hits, being sure to choose a good variety of his music to highlight his amazing writing skills. This show presents some fantastic ballads and even better up tempo dance hits. We have left the door open to include more material to refresh the performance from time to time.